Why Does Cancer Come Back? How to Cope with Cancer Recurrence? 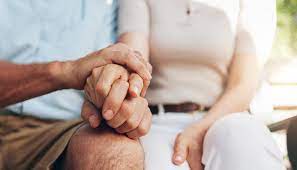 Why Does Cancer Come Back? How to Cope with Cancer Recurrence?

Cancer is a situation that asks for tons of mental and physical toughness to deal with even once. However, things get extra difficult when someone goes through such a situation twice or thrice. There are tons of times when this disease returns to the body after a certain time. As per recent surveys, it becomes more difficult to deal with a second diagnosis than the first one.

Despite best efforts by surgeons, there is always a risk of cancer recurrence in the body. It can happen multiple times during the lifespan of a cancer patient. You will be amazed to know there are many cases when it doesn’t go away completely from the body. If you are going through a cancer recurrence, it is quite normal to get scared and disappointed.

This post is fully dedicated to potential reasons for cancer recurrence and other related information. Go through the post carefully to ensure any vital detail doesn’t get missed.

What is Cancer Recurrence?

Cancer recurrence can be called a condition where cancer returns to the body after a specific remission time. It is mainly caused when few cancer cells remain in the body even after solid efforts during cancer treatment. They grow in size over a few months or years to take the form of cancer. There are many instances where this disease doesn’t even cause any symptoms.

In most cases, these cells are usually found at the same location where cancer gets detected at first. The medical world has even reported instances of a completely new cancer diagnosed in the body that doesn’t relate to the first one.

What are the different types of cancer recurrences?

Many won’t believe that there are various cancer recurrences about which most don’t even know. Our team wants to discuss all of them in detail below:

If cancer has returned to the same spot where it originated first, it is considered a local recurrence. It is one of the most common forms of cancer recurrences in most countries globally.

The cancer reoccurrence happens in the lymph nodes located around the place where the disease originates in the first instance. It usually happens in the cases of breast cancers among women.

Cancer that comes back to a different portion of the body than where it started is known as distant recurrence. It often happens with cancers related to the liver, bones, lungs, and brain.

How is cancer recurrence different from cancer progression?

There is a lot of confusion in people about cancer progression and recurrence as they believe both things are the same. A progression can be defined when cancer worsens and reaches other parts of the body. For example, cancer returns to the body just two months after the treatment.

You might think about whether it is a progression or a recurrence. We can’t call it a complete recurrence as certain things need to understand.

There are tons of small cancer cells in the body that can’t be recognized in tests or scans. Even the surgery couldn’t remove those tumorous cells completely from the body. They grew in size over a certain amount of time and started showing up in the tests. There is a great chance they begin showing symptoms in the body.

These cancers are usually extremely fast to grow and spread in the body at a rapid rate. They have a very aggressive nature and are known to be deadly in most cases.

There are instances when cells become resistant to cancer treatment. It is the same as germs getting resistant to antibiotics. The thing we want to say here is the chances of chemo or radiation therapy not killing all the cancer cells is possible.

The situation worsens when the amount of time between the cancer treatment and reoccurrence is shorter. Although there is a standard time for deciding whether it is progression or recurrence, the specialists only call it a recurrence when it comes back at least after a year.

How to diagnose cancer recurrences?

There is nothing special used for diagnosing the cancer recurrence as it is the same as the first one. The doctor will perform a few tests to identify cancer if symptoms show up in the body. Additionally, the physicians recommend a few follow-up exams once the treatment gets over to track cancer recurrences.

They tell the patients what kind of signals can be alarming and should be taken seriously. Every case of cancer is different, and that’s why it is important to talk with your healthcare provider frequently. The diagnosis tests will be very helpful in understanding the nature of cancer and how it should be treated.

Q. Which cancers have the highest rate of recurrence?

There are tons of cancers like glioblastoma and ovarian cancer that has a recurrence rate of more than 90%. On the other hand, diseases like bladder cancer, soft tissue sarcomas, and lymphoma have cancer recurrence rates of approximately 50%.

Q. Which are the cancers with a low recurrence rate?

Although any type of cancer can come back to the body, few have slightly fewer chances than the others. It includes Hodgkin lymphoma, breast cancer, and kidney cancer among others. In patients with these cancers, the chances of recurrence are less than 25%.

Q. Can someone survive after a cancer recurrence?

Yes, there are thousands of cases where cancer recurrence gets cured all around the globe. On top of that, there are treatments using which cancer can shrink if the cure isn’t possible. It will be very helpful for relieving pain and other similar symptoms.

If it is fast-growing cancer, the cancer treatment becomes difficult for the doctors. The reason behind that is they return to the body pretty quickly.

Q. What are the chances of cancer recurrence?

How to make choices for recurrent cancer?

The first thing to do is talk with your healthcare provider once cancer is diagnosed during the testing. There are tons of things doctors consider while choosing the treatment that we have mentioned below:

There is no need to panic even if you have multiple cancer recurrences. It is suggested to talk with your physician as soon as possible once you have symptoms or diagnoses with cancer in the testing. They will prescribe the right treatment as per the conditions.

If you have any queries regarding cancer recurrence, write to us in the comment section!