Which Type of Reproductive Cancer is Most Common? 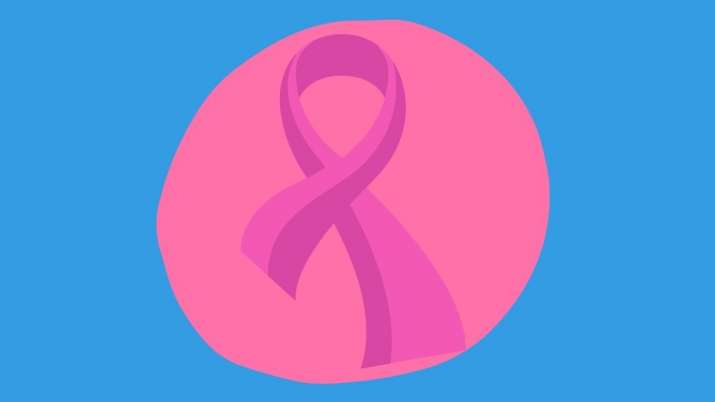 Which Type of Reproductive Cancer is Most Common?

Reproductive cancers are one of the most common types of diseases causing thousands of deaths every year. It is related to our reproductive system, mainly about the organs in the pelvis. Although it can occur in any part of this area, a few variants are more common than the other ones. Also, the organs where cancer occurs vary significantly from male to female.

This article will talk about the common types of reproductive cancers in both men and women with proper explanation. Let’s go through the post carefully and gather important information about this disease!

Reproductive cancer can happen in many different areas of a female reproductive system, including the cervix, vulva, fallopian tubes, uterus, and ovaries. In the medical world, they are known as gynecologic cancers. If you talk about the most common ones, these are cervical cancer, uterus cancer, and ovarian cancer among others.

We have mentioned the major symptoms of gynecologic cancers below:

The doctors need to perform many different types of processes for diagnosing reproductive cancers. It started with physicians asking for medical history to perform physical exams. Have a look at the complete process in detail below:

The physicians will assess the medical history of doctors and talk regarding the symptoms with patients. It will help them evaluate whether the patient has any potential risks related to reproductive cancers.

In a physical exam, doctors will try to evaluate the individual's overall health. It can also involve a pelvic exam if needed.

There are various diagnostic tests like blood and pap tests performed by doctors. The blood test will be used for checking the level of tumor markers and any other indication of cancer in the blood. On the other hand, a pap test will assist in checking whether cancer is present in cells or not.

Let’s look at all the major female reproductive cancers in detail below:

Ovarian cancer occurs when cells grow at a very speed in the ovaries and start affecting healthy body tissues. There are two ovaries in the female reproductive system located on each side of the uterus. If we talk about the treatment, the doctors generally recommend chemotherapy and surgery to the patients.

The major symptoms of ovarian cancer include weight loss, fatigue, abdominal bloating, back pain, and discomfort in the pelvic area.

In this type of cancer, the cells begin growing uncontrollably in the lower part of the womb. It is mainly caused by the human papillomavirus and can be easily prevented with smear testing regularly. It can occur to women aged between 25 & 70 years, so staying cautious is very important.

It is a preventable form of cancer that can be avoided by taking a few necessary precautions. The doctors don’t suggest waiting for symptoms to get tested as it should be done every few years.

The next form of cancer we want to mention causes abnormal vaginal bleeding in females. It begins in the uterus and can be detected easily due to bleeding. The early detection of endometrial cancer can help cure endometrial cancer quite quickly.

A few common symptoms of this cancer type are pelvic pain and vaginal bleeding after menopause. The women who never have been pregnant have higher chances of this reproductive cancer than those who have at least one pregnancy.

Although vulvar cancer is rarely found in women, it still needs to be acknowledged for sure. It usually develops in the vulva’s tissues on the inner or outer vaginal lips. The major symptoms of this disease are itching, changes in skin color, and lumps in the vulva area.

The major causes of vulvar cancer are lichen sclerosis and human papillomavirus. It is generally diagnosed using a colposcopy and pelvic exam. This cancer is mainly treated using surgery followed by radiation therapy to ensure better treatment.

There are mainly three kinds of reproductive cancers commonly recorded in countries like India, the United States, and Germany if we talk about males. Although the numbers are quite high, these are mainly recorded in males these days. The complete information about them is mentioned in detail below:

Cancer that develops in the tissues of a testicle is known as testicular cancer. It is pretty common among males between the age of 20 & 35 years. Although any cancer diagnosis is very serious, this disease is pretty much curable. More than 97% of cases are treated successfully if detected in an early stage.

The major symptoms of this disease are shrinking testicle, fluid build & heaviness on the scrotum, discomfort and swelling in the testicle. It is mainly diagnosed with the help of ultrasound, physical exam, or serum tumor marker test. It depends on the patient’s condition according to which doctors choose the diagnosis test type.

In this type of cancer, the tissues located in the prostate gland begin to grow uncontrollably. The speed of prostate cancer’s growth is very slow as many don’t even need the treatment. However, it is strongly suggested to take the advice of the doctor before reaching any conclusion. A few common symptoms of prostate cancer are bone pain, troubling urination, bloody urine, and erectile dysfunction.

Prostate cancer is generally diagnosed with the help of a physical exam, digital rectal exam, transrectal ultrasound, and PSA test. There are many different types of treatments available for this reproductive cancer, ranging from chemotherapy to surgery and radiation therapy.

Penile cancer is a disease where the tissues of the penis grow at a very fast rate. It is a rare cancer that can be easily treated if it is detected early. Men who smoke extensively or have a weakened immune system have more cancer risk. There are lots of penile cancer symptoms, but the most common ones are sore & lump on the penis, blush-brown growth, and rashes in the nearby area.

The most common methods used by physicians for diagnosing cancer are biopsies, CT scans, magnetic resonance imaging, and ultrasounds. The doctors usually opt for mohs surgery, cryotherapy, and meditations if we talk about the treatment.

Any cancer that begins in the organs related to reproduction comes under this category. It is a serious concern as the numbers have been increasing significantly in the past few decades. We want everyone to understand that reproductive cancers affect the life of every patient differently. There are lots of challenges with which they deal.

If you still have any queries related to reproductive cancers, we suggest writing about them in the comment section.