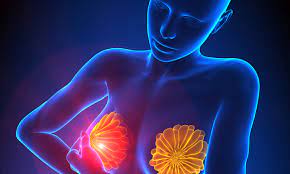 Doctors suggested a breast biopsy and thinking what exactly it is? There are numerous questions that patients fear developing cancer, out of which a great number of them are related to biopsy. After receiving many requests from visitors, we have created a post fully dedicated to breast biopsy and how exactly it works. Go through the post and know each detail about this treatment.

What exactly is Breast Biopsy?

The breast biopsy is a diagnostic process performed once the doctor finds some sign of breast cancer, either through symptoms or a mammogram test. In this procedure, a tiny portion of breast tissue is taken as a sample that is checked under the microscope to find any sign of cancer. It is considered the only method using which the physician decides whether the patient has breast cancer or not. The major signs of trouble after which doctors suggest the breast biopsy are mentioned below:

There are many other reasons for doctors to perform biopsies other than those mentioned above. However, the major one is a lump generally found in the breast.

There are various breast biopsies that physicians perform according to the size and location of the lump in the breast. It is usually performed either under local or general anesthesia, depending on the patient's situation. Have a look at the major types of breast biopsies in detail below:

The process performed using special mammography equipment is known as a stereotactic breast biopsy. This machine guides the physician to the abnormal part of the breast and is generally recommended when the patient prefers a non-surgical method for assessment. It is usually performed for evaluating conditions like solid mass, distortion, and tissue changes in the breast.

The technology that utilizes the power of sound waves for performing diagnosis is known as Ultrasound Guided Breast Biopsy. It is mainly used to identify a lump or get a tissue sample to complete an examination using a microscope. According to top studies, a surgical biopsy is more invasive than an ultrasound-guided biopsy as the patient doesn’t have to deal with ionizing radiation.

In this type of biopsy, a minor cut is made to insert a hollow tube or probe in the breast. It goes through the breast lump using X-rays, MRI, or ultrasound. The probe pulls the breast tissue for cutting the tissue from the breast with the spinning knife.

How is breast biopsy performed?

The exact method depends on its type, whether a needle breast or open breast biopsy. We have stated about both in detail below:

How do patients get ready for the breast biopsy?

All the precautions are explained by the physician, and we strongly suggest asking any questions they have in mind. Have a look at the important points below:

What are the risks associated with Breast Biopsy?

The most common side effect that patients can have after biopsy is swelling and bruising of the breast. Most women have often complained of pain once they perform the diagnosis. Talk with your doctor about medications you are already taking to reduce the side effects as much as possible.

There is a great chance of neck pain while receiving the stereotactic procedure usually performed during the biopsy. Also, many patients feel pain in their arms, but having it in the neck is more common.

There is a huge chance that patients might feel a little bit of soreness in their breasts, making their breasts look larger than usual. It may last for several days, and doctors may suggest pain relief medication to the patient.

We are pretty assured most patients may get nervous while having a biopsy which is common for medical treatment. It is generally performed in the provider’s office, and patients can go home on the same day. However, there are instances where they may have to spend a night in the hospital according to their health condition.
We have tried to cover all the important prospects of breast biopsy in this post. If you have any queries regarding this process, please write about it in the comment section.